end of the world

COP15: Release Tadzio Mueller and the other climate prisoners!

To:  The Danish Parliament

Over the past week, tens of thousands of people from across the planet have taken to the streets of Copenhagen demanding real and just solutions to climate change. But on the streets, as well as inside the UN Climate Change Conference, delegates and ‘outsiders’ alike are doubting that the conference will reach a deal that isn’t a disaster for most of the world.

Inside the Bella Centre, where the UN delegates are meeting, numerous critical voices have been marginalised through technical and procedural manoeuvres. Others, like Friends of the Earth International, have had their accreditation revoked. Outside, the policing of protest has been consistently draconian and occasionally brutal.

On Saturday 12 December, almost 1,000 participants in a ‘Climate March’ through Copenhagen were arrested. On Monday 14 December, hundreds more were arrested at a party in the city’s Christiania district following a public meeting, addressed by Canadian journalist Naomi Klein and others. On Tuesday 15 December, Tadzio Mueller, a spokesperson for Climate Justice Action, was arrested by undercover police officers following a press conference at the Bella Centre.

This morning, on Wednesday 16 December, Tadzio appeared before a judge on a number of charges relating to his public support for today’s Reclaim Power demonstration. The declared aim of Reclaim Power – also supported by social movements, many conference delegates and other civil society actors – is to hold a People’s Assembly at the Bella Centre, to discuss real solutions to climate change. At this morning’s court hearing the judge decided to hold Tadzio for a further three days, after which he will reappear in court. There are reports that the hearing was closed to the public.

Meanwhile, hundreds more protesters have been arrested today and there have been numerous reports of police brutality and the extensive use of batons, pepper spray and tear gas. We have also heard of further arrests of individual activists by undercover police officers.

We, the undersigned, not only lend our support to those in Copenhagen seeking to push for real and just solutions to climate change, but also demand the following:
• The immediate release of Tadzio Mueller and all other climate prisoners;
• A halt to the criminalisation and intimidation of activists, including the pre-emptive detaining of protesters in Copenhagen;
• The immediate re-instatement of accreditation withdrawn from NGOs and other critical voices at the Climate Summit

(This Open Letter was drafted by the editors of Turbulence: Ideas for Movement, of which Tadzio Mueller is an editor.) 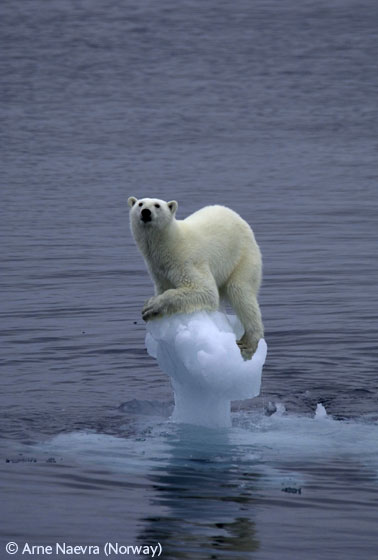 The water is running out – writes The Guardian:

“At a cost of €22m (£17.5m), six shiploads are to arrive each month for three months, from Tarragona in southern Catalonia, Marseille and Almeria – one of the driest areas of southern Spain.

Already Barcelona’s authorities have turned off civic fountains and beachside showers, brought in hosepipe bans, and banned the filling of swimming pools. Schoolchildren are being taught how to save water.

“We are only too aware of the crisis with the water as they have been giving my daughters classes for months on how to save water and only to use what they need,” said city resident Begoña Gómez, 43, as she sipped a glass of bottled water. “But we need better management of water by the government.”

As the reservoirs across Spain run dry, a “water war” has broken out, with different regions scrabbling for extra supplies.

The Socialist government, which initially opposed water transfers from one region to another, executed a political U-turn and allowed water to be pumped into Catalonia from the river Ebro in the neighbouring region of Aragon.”

Yet, we will be flooded – the oceans coming up unto civilised land through the sewers, our cleverly built-in trojan death wishes, floating our shit onto the streets …. what a big mess we have made!

To get an idea of the scale of events have a look at this Indymedia repost! …